Sometimes I think of reviews and critique, be it negative or positive, as being suggestive ingredients of sorts for my next creation. Like my writing/books is actually a four course meal. I’ve shopped, prepped, marinated, mixed, chopped, fried, blended, and baked until I’m utterly exhausted. I feel like the food is as perfect as I can possibly get it and it’s time to be served.

The guests show up, ready to devour my masterpiece (or read the book per say), and here I am pacing the floors from the sidelines. I watch as some people slowly pick at it before actually giving it a taste. Some people dive right in without second thought. They’ll eat as much food as possible, as quickly as they can, until they’re ready to pop. Some let each bite swirl around in their mouths slavering the flavor.

And in the end, EVERYONE has something to say about your cooking.  OR, not say if the case may be, which can be even more intimidating and stressful, because you’re forever left to wonder what they really thought. 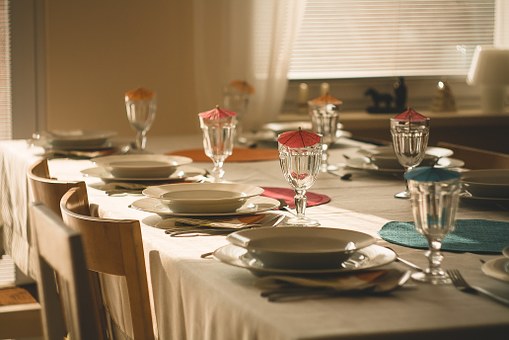 There’s the trick (or three) to dealing with this stress!  A secret approach as the chef/author on how to take in your critics. How to handle the wave of opinions that’s soon to wash over and quite possibly drown you if you let it!

If you follow the following steps… You’ll be able to use your criticism to your favor rather than let it either break you or fake you (as in fill you full of fake shit, AKA blow so much smoke up your ass that even your head is full of hot air.).

First step, is the mind set going in. This is HUGE! Remind yourself before your book is released that you write because you love it. You chose this story because it’s what YOU wanted to write. No every one likes cake and not every one likes pizza. Most people will eat it anyway because they’re hungry, but they might not have anything nice to say about it afterwords…. And so be it.

Also, some people like pizza and cake a little too much. They’re going to be a bit of experts on the mater, knowing the ins and outs of brands and dough’s, flower and flax. They’re going to pick it apart because no mater what, they’ve had better. They may even think they can make it better themselves when in reality they probably suck at baking.

Some people just love all sorts of food period. They’ll enjoy the meal, appreciate what’s best about it rather than search for false, and if there is a bite that is too salty, they’ll tell you away from the group because they can’t wait to taste your next meal… That’s even better than the last!

Understand all of this before you even serve your meal. You’ll be prepared for all things negative and positive. Hopefully you invite a big enough group of the right guests 😉

Second step is to take notes as if the meal/book isn’t even yours. This one can be tricky. It isn’t always easy to detach, but it IS easy to make sense of things once you are detached.

Think of when you’re reading a slew of reviews on a book you’re debating on reading. I don’t know about you, but I can usually tell in the first paragraph of a review on whether it’s genuine or not. Sadly enough, a lot of reviewers only write them for their own benefit.

Example: Your guest might announce to the crowd that “this frosting is way too sweet, I can’t even eat it without worrying about my teeth,” and then, when no one is looking they’ll take a spoonful from the top of the entire cake and eat it in the shadows of the room. They don’t want people to know how much they actually love it. (my husband teased me the entire time I read 50 shades. He called them the ‘Mormon mom’s closet pleasure. No one will ever know, but they’re all secretly reading it behind each other’s backs.’)

Another Example: Someone might smile, nod and agree with the rest of the crowd who loves the sauce, and then turn their back when they swallow it so that no one sees them gagging!

If you’re detached and not taking it personal, it’s a lot easier to separate the phony followers from the genuine opinion makers. While taking notes on the worth while criticism, make sure you’re noting what will actually improve your cooking/writing skills rather than overwhelming yourself with a bunch of unnecessary crap. YOU’RE the expert, you know what’s worth noting!! If someone tells you to add a bunch of garlic salt to vanilla pudding would you listen?

LAST STEP, move on to your next meal. There’s a lot more to this than just starting to cook something new. You have to be conscious about your previous work. Make something that compliments what you already know, learn something new, and challenge yourself with improvement… all at the same time.

This step is actually pretty complicated. Not only do you have to use the right ingredients suggested, but you also have to let the ones that wont work for you roll off your back. The trick is starting with the biggest most prominent suggestions. The ones that you have to use in order to improve, but by habit it’s hard! Once you can conquer that, you can conjure it all. You have to break your bad habits, and move on to the smaller, more tedious things from there.

Let’s say, you use too much salt. It’s the way you like to eat, therefore it’s the way you cook even though literally not another person in the world likes quite that much salt. (for me its adjectives lol… I have tendency to overdo it. I’ve really had to break myself of this!) If most of your eaters tell you everything would have been completely perfect with just a pinch less salt… Then maybe you should accept the mistake, fix it and move on. Don’t dwell, don’t be embarrassed, DETACH yourself and just make a conscious effort to add less salt. That simple. It’s only more complicated if YOU make it that way.