Yesterday was such an exciting day!!  You see, a couple of weeks ago Kim Knight, my co-author for the short story suspenseful Anthology – a two piece set with multiple short stories across the genre board – and I were lucky enough to be guests on such an amazing Podcast show. The amazing FICTION ADDICTION by Creedom LLC, really dug deep with the questions, asking heartfelt and resonating things for our readers, as well as advice-full questions for fellow authors to learn from. Yesterday the episode went live!!

So, let me just say, I’m one of those weirdos who absolutely loathe the sound of my voice on a recording. Seriously though, I sound even younger than I look, which lets face it isn’t exactly my actual age. I should be glad about it, I guess, but hearing the sound of my own voice just isn’t something that usually inspires self-confidence… That said, after listening to the audio last night I laid in bed and thought to myself, “holy shit, Didi, who are you?!”

I sounded confident, and wise, and my voice wasn’t so bad at all, it was actually somewhat lovely. Not as lovely as Kim’s, not by a long shot, she sounds absolutely stunning, as usual! I’ve never been one to listen to many podcasts, but I think it’s safe to say that I’ve quickly become a fan, and will be tuning in to Fiction Addiction often!

You can find the episode by clicking on any of these following links:

Also, if the sounds of Kim and I’s new release rings your fancy, then give it a look:

From Book 1: For Mature Readers Only:

A suspenseful novel with a twist. Eight short stories, by two suspense authors, from diverse backgrounds. From opposite sides of the Atlantic these stories have been created. One author started the tale and the other ended it. No discussion, no pre-planning, but yet their stories are seamless. With just creativity and the use of writing prompts, to craft one tale, with two different writers. This anthology of suspenseful, fast paced and engaging tales covers multiple genres. From heart felt romance, crime, fantasy, and steamy historical fiction. There is a story for everyone!

Steamy Historical Crime Fiction: It was The First Time I Killed A Man.

It’s 1972 and New York’s first female serial killer Lisa Vanacilli is in the hot seat again, ten years after her conviction of murder to the first degree and innocent plea. The ruthless but sexy reporter Tiffany Low cracks Lisa for a confession… at a price. Lisa is strong, courageous and says it how it is. This story has been extended due to reader’s demand. And is only for adult readers.

Psychological Fiction: Every Time I Hear That Voice From The Basement.

George appears to be harmless. The local neighbourhood geek on the outside, married to Jolene. In reality, he’s a very disturbed man. His path crosses with Dana, the local check out girl. This is a psychological suspense story with a twist.

Crime Fiction: The Entrance To The Tunnel Is His Only Way Out.

Juan is a wanted man, and an ex-gang member on the run from Atlanta to Mexico. With a hundred grand in cash stolen from his ex-boss, he meets an unlikely fate in Mexico. A fast-paced crime fiction story.

Contemporary Romance: When His Hands Run Up My Thighs I…

Love has no time limit, age limit or use by date. Sarah now in her fifties is reunited with her long-lost love Joshua. They last had contact in 1961. In the present day, thanks to the advancement of technology their paths cross. A heart-warming and modern tale, about long distance love, that will leave you warm inside.

Suspense: We Only Said Goodbye With Words, I Died A Hundred Times:

In 1963 Russian Femme Fatale Mila Petrov is London’s top Madam. Her entertainment house is booming, she has a team of London’s strongest women behind her. Unfinished business from her past creeps up and haunts her. It’s nothing she can’t handle. A suspenseful historical tale, with a strong femme fatale.

Fantasy: The Ones Who Live At The Bottom Of The Ocean, Come To The Surface.

A beautiful coming of age story, featuring sixteen year old Zoe and her mother May-Li. Myth becomes reality, as Zoe finds out who and what she really is. Her mixed descent reveals more than what meets the eye. This fantasy story is set against the backdrop of a Greek island and Hong Kong, China.

California’s sassy, tough, and likeable defence lawyer Catherine has taken on a case so high profile, if she wins she’ll become a partner of Martin Law Firm. Defending forty six year old Mrs. Chevelle. An ex Las Vegas show girl, now a Hollywood wife, on trial for the murder of her high-profile husband. She claims she’s innocent. Readers are taken on a fast -paced journey on a mission to seek the truth.

A beautiful modern tale showing the love and appreciation of a woman. James Brown said it right when he said, “it’s a man’s man’s world, but it would mean nothing without a woman or a girl.”

From book 2 — For mature readers only:

As the second installment of suspenseful short stories by two suspense authors, from diverse backgrounds, Blurred Lines offers a thrill ride with nine stories in genres across the board. From opposite sides of the Atlantic these stories have been created. One author started the tale and the other ended it. No discussion, no pre-planning, but yet their stories are seamless. With the use of writing prompts Kim and Didi have created tales that will tug at your heart strings, drop your jaws, and leave you clinging to the edge of your seat. From gory horror, romance, crime fiction, family drama, and fantasy, there is a story for everyone!

Lynn McCarmick has spent six years behind bars for a crime she didn’t commit, although she’s a far cry from an innocent woman. Her once loyal team of con artists set her up for a robbery that landed her a long term home in a Scottish prison. After an early release for good behavior, Lynn is finally able to let the bad bitch inside of her roam free.

In this star crossed, light hearted tale, two people with the purest of hearts, each long to find a mate who is giving, honest and real. A heart-felt romance.

Alice is one of a kind, and was raised by a nasty man with killer habits. After an accident rendered the awful man disabled, everything changed. With an ultimate twist, this gory tale takes Alice and her husband on one hell of a bloody adventure. Due to popular demand this story was extended!

Detectives Flynn and McBride are on the case of a murder. Owner of the Chinese restaurant where the body was found, Mr. Wang, is devastated. The pressure is on to find the killer and to clear Mr. Wang’s establishment as a safe place for his patrons. The detectives piece together outside connections that are weaved into Mr. Wang’s ties, in a very delicate way. Is there more to the murder than what meets the eye?

In a tragic tale of tough love and loss, brought about in a western setting, two young lovers are frowned upon by nearly everyone around. Adsila is a teen of Cherokee descent, who falls for a young cowboy. In a bitter-sweet tale she fights for the survival of herself and unborn child in a community filled with hate and judgement.

Franklyn Poppy, is a husband and father who found himself in a place between life and death. He becomes a loathly witness to the woman he loves having an affair with his twin brother. He’s introduced to the infamous dark Goddess, Maman Bridgette who shares his disdain for the happenings with his wife. The outcome for Mrs. Poppy and her fateful intertwining with this powerful Goddess is powerful and resonating.

The Wilkinson family consists of an Air Force father, a loving mother, and two daughters Anna and Julie. They are polar opposites, and Julie, the younger of the two has a special gift. She’s able to see things before they happen. When she’s mentally the witness to a murder that’s yet to be solved, she’s forced into action in an altercation with the killer.

Gretchen isn’t your average witch, as she was born into a clan descending from the blood of Fate herself. Growing up in foster care was an intentional way for her to find her own path in using her magic, as she’s intended to be a tool for Fate’s use. A twisty tale set in the present and past day.

After the abandonment of their mother, twins Josephine and Jerilynn are taken in by their new stepmom, and become the big sisters to quite the large and quirky family. During a family vacation the two team up, and try to uncover the mystery of their estranged biological mom. 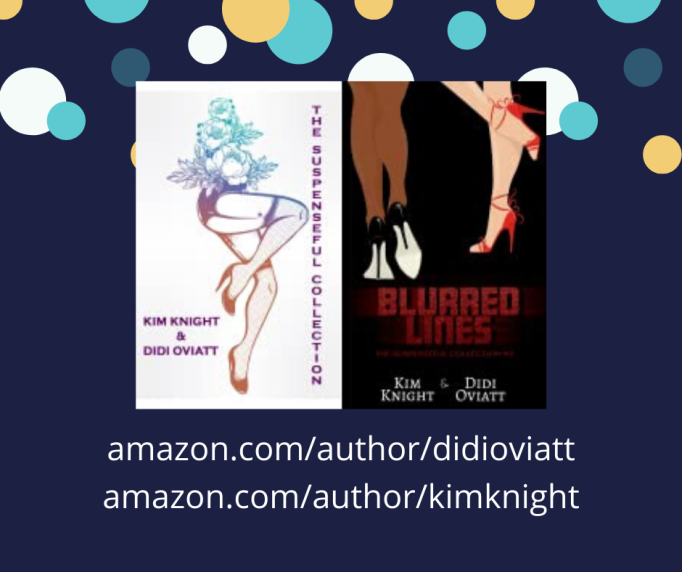 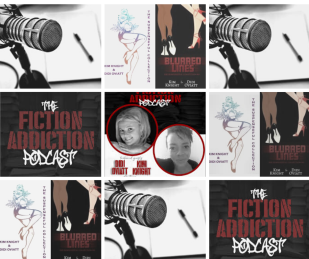