Skip to content
I’m extra excited to share this new release with you all, because the author is one of the amazing writers in the Romantic anthology that I’ve joined. We’ll be releasing it in Jan 2021!!  It’s titled Sinners and Saints, click HERE to see more about it!
BACK TO THE BUSINESS AT HAND!!
Congrats Raven Genevieve on your big release day!  This book looks absolutly captivating!!! Keeping Time, by Raven Genevieve
When Angie, a young drummer from 2020, gets stuck in the 90s, she has to learn how to maneuver a world without smartphones while preserving the future she hopes to return to someday; to the future that reunites her with the love she found in the past.
Book Blurb:
The morning Angie turns 18, while running late for school, she breaks a mirror with her drumstick… all on the same day her band is supposed to play their biggest gig of the year. Seven years of bad luck is nothing when compared to getting sent back in time. Now Angie must figure out how to navigate a world that doesn’t have smartphones or social media, while navigating her last year of high school and trying to figure out how to get back to her own time. Knowing that her actions can affect the future, she does her best to try to fly under the radar. The one thing that might get in the way is the magnetic pull she feels for Jace, whose mere presence seems to make her drum beat. Will she be able to live through the past without screwing up her future? Without screwing up his future?
Links:
Purchase Keeping Time here: books2read.com/KeepingTime
Raven’s website: https://www.fromherhead.com/
“Women of Time” group for release party on July 9&10: https://www.facebook.com/groups/319770988988018/
This is my linktree: https://linktr.ee/RavenG
First review posted on Goodreads: https://www.goodreads.com/review/show/3420943933 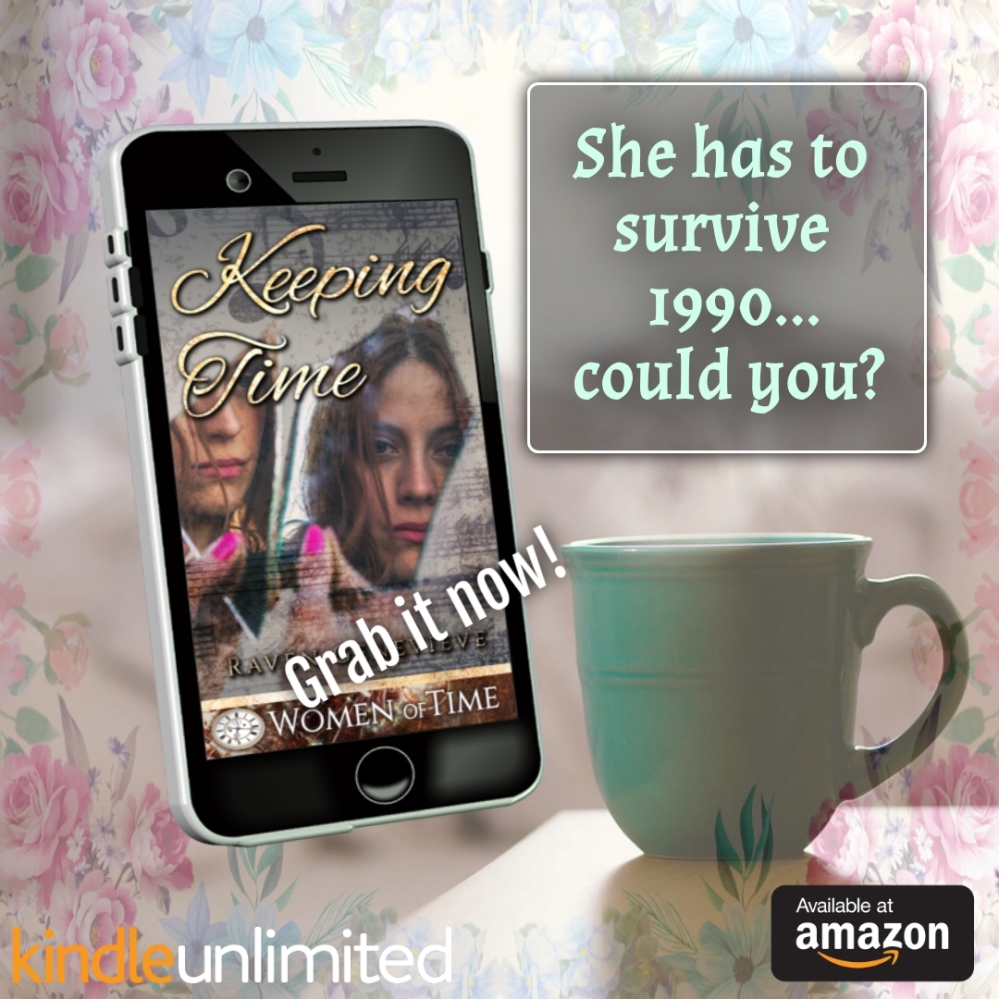