How far must we travel to find our way home?

Nothing could have prepared Brennan Glover for the car crash that claimed the lives of his wife and six-year-old daughter. Stricken with grief, the only things that get him through each day are breaking his sobriety and clinging to Fender—the family dog and the sole survivor of the crash.

Desperate to distance Brennan from tragedy, his two closest friends take him on the cross-country road trip they had always talked about. But what begins as an effort to mend his broken heart ends up unraveling a secret that changes everything he thought he knew about his family. Can a journey of six thousand miles lead Brennan to acceptance and new beginnings?

From finding the good in an often cruel world to learning to say goodbye to those we love most, this sophomore release from author Brent Jones is sure to leave readers longing for home, wherever that may be.

Note: Fender will be available in both Kindle eBook and paperback as of August 21, audiobook version coming shortly thereafter. 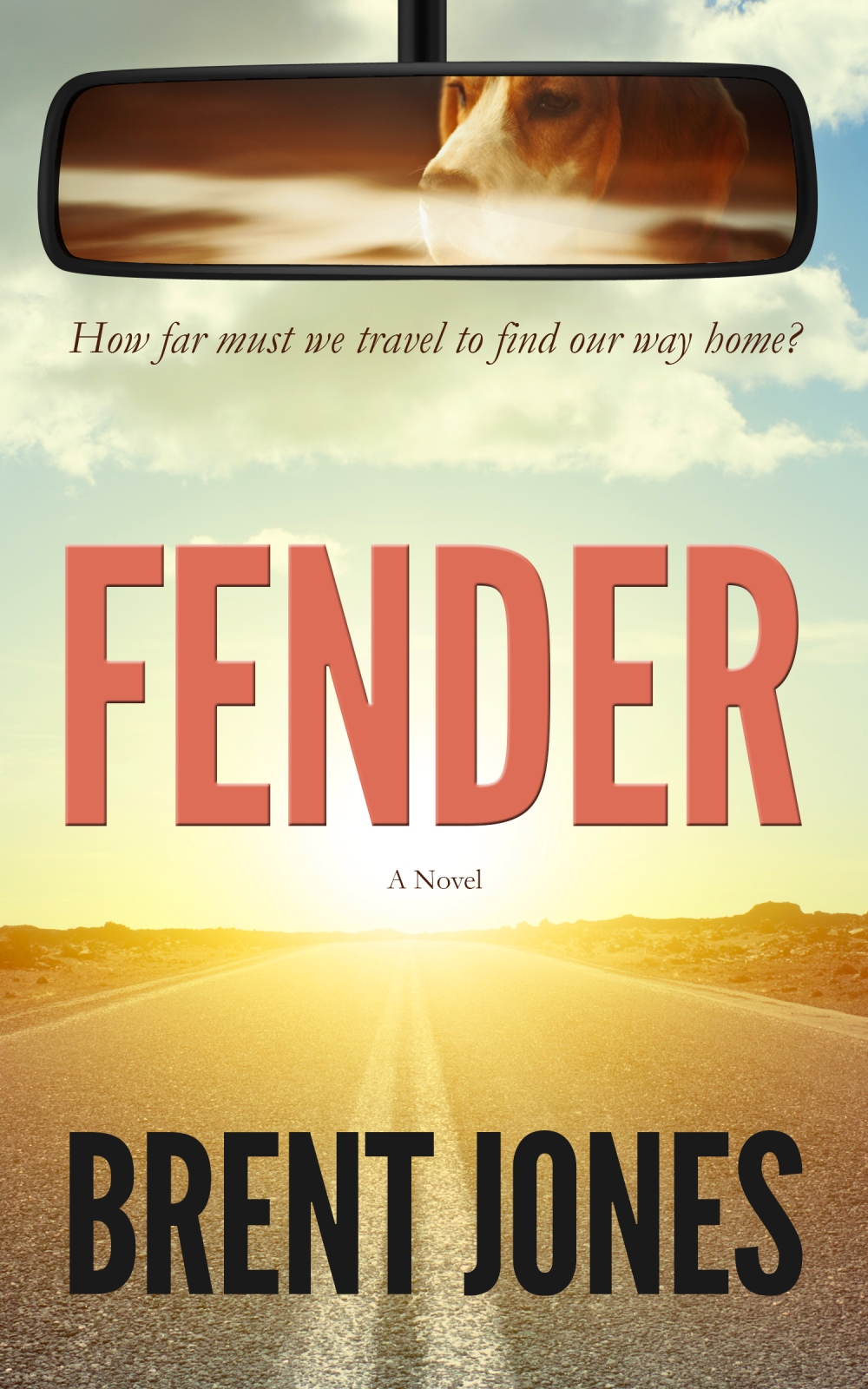 From bad checks to bathroom graffiti, Brent Jones has always been drawn to writing. He won a national creative writing competition at the age of fourteen, although he can’t recall what the story was about. Seventeen years later, he gave up his freelance career as a social media manager to pursue creative writing full-time. Fender and The Fifteenth of June are his first two novels.

Jones writes from his home in Fort Erie, Canada. He’s happily married, a bearded cyclist, a mediocre guitarist, (sometimes) vegetarian, and the proud owner of two dogs with a God complex. Subscribe to his newsletter (AuthorBrentJones.com) or follow him on social media (@AuthorBrentJ) for updates. 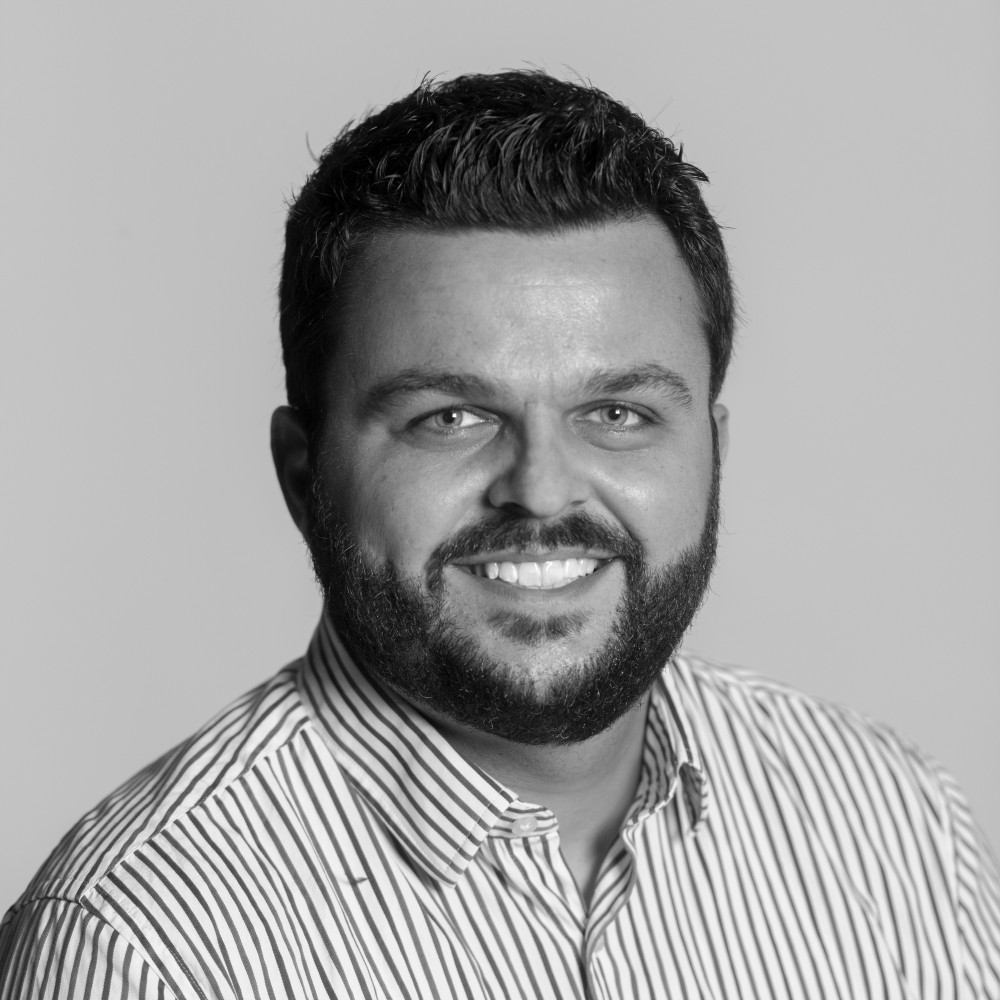 *Note to Readers: Please be advised that all entries will be automatically subscribed to author’s newsletter

10 digital copies of Fender—MOBI or EPUB

Brennan sat on the living room floor staring at his polished shoes, his back pressed against the leather sofa, a bottle of Jim Beam in his left hand, a lit cigarette in his right. Traces of afternoon sun peeked through lush drapes, adding a hint of color to an otherwise dark and empty room. He tilted the bottle back and flicked ash in an empty drinking glass between his legs, trickles of silver smoke rising up past his face. He was too stricken with grief to hear the front door open.

“You here, Bee?” Rocco entered with Franky in tow. He lowered his head, taking in the scene before him. “We’re so sorry.” He offered Brennan a sympathetic frown, his forehead wrinkled with worry. “How’re you holding up?”

Brennan flicked more ash in the drinking glass without responding.

Rocco let out a deep breath, added, “It was a beautiful service.”

Brennan kept his head down, making no effort to suggest he had heard Rocco.

“Should we come back later?”

“It’s all right if you wanna be alone,” said Franky.

Brennan raised his eyes with pronounced difficulty. He was immediately turned off by their concern, which looked a lot to him like judgment and shame. Rocco, evidently concerned about his drinking, and Franky, concerned because Rocco was concerned. “Go ahead,” said Brennan. “Say it.”

“Say what?” asked Rocco, exchanging a glance with Franky.

Brennan dropped his cigarette in the glass, raised the Jim Beam to his lips. “Say I shouldn’t be drinking again.”

“What you’re going through right now, Bee, I understand—”

“Oh, you always understand, Rocco. Don’t you? Not thisss one, though. You fucking can’t. You didn’t loosh yer family.” Brennan could hear himself slurring.

Brennan hadn’t taken a drink since the day his daughter was born—hadn’t smoked a cigarette since that day, either—and he knew drinking himself senseless was no way to honor her memory. Just this one time, he had told himself. I need this today. But so far, it had brought him no peace. It only heightened his sense of hopelessness.

A faint jingle echoed down the hallway, getting closer, a senior beagle with a limp and fresh stitches emerging at last. Franky knelt down, extended his hands. “Fender,” he said in a singsong voice, scratching behind the dog’s ears. “Who’s a good boy, Fender? Who’s a good boy?”

Fender parked himself at Franky’s feet—not out of obedience or affection, but sheer exhaustion. He was normally playful and energetic—even at twelve years old—and never allowed anyone to enter the house without barking to alert his humans. But at that moment he whimpered, sullen and subdued, rubbing his snout against Franky’s leg.

Rocco motioned to Franky. “Why don’t you take Fender out for a bathroom break? Maybe fill up his food and water bowls, too.”

Franky nodded and Fender followed him out of the room.

Rocco sat on the floor next to Brennan. “Listen, Bee, I get that this is tough.”

Brennan rubbed his temples and said nothing. He was a sensitive man, emotional, fragile at times, and now near speechless. He could almost feel himself shutting down, giving in to the pain, letting go of the world. It felt like he was drowning in a sea of sorrow, violent waves of grief washing over him, and he was losing the will to keep his head above water.

Rocco touched Brennan’s shoulder. “Me and Franky want to take you away for a little bit. It’d do you good.”

“Yeah.” Rocco motioned to the Jim Beam. “I think now’s good. You’ve been outta work for a couple months. I’ve got vacation time saved up at the office, and Franky can walk away from roofing anytime. We were thinking of taking that trip to California we’d always talked about.”

“Yeah, I get that, but we could still do it. We’d make a road trip out of it, just like you, me, Franky, and Colin—” Rocco winced, having unintentionally drudged up the past.

“My family was just kilt in a car crasssh,” said Brennan. “And you think the best place furr me ish out on the open road?”

Rocco nodded. “I do, Bee. You need to get away and clear your head.”

Brennan listened without speaking, his line of sight again lowered toward his shoes. Tears spilled down his cheeks.

“You can’t stay here by yourself. It’s—it’s too much. It’s too much for anyone to have to handle.” Rocco glanced at Brennan through narrowed and swollen eyes. “Our hearts are heavy, too, and we all need to grieve. But nothing good can come of you sitting here alone and drinking. You need something to take your mind off it.”

Franky returned a minute later. Fender hobbled behind him, his movements labored and graceless, his eyes wet and dark. He positioned himself near Brennan in slow motion. Fender was the last member of the Glover household to see Rosie and Abby alive, and the only survivor of the crash that killed them both.

“Did he eat?” asked Rocco, gesturing toward Fender.

“Not much.” Franky changed gears without blinking. “What’d he say?” He asked the question as if he and Rocco were alone in the room.

“Bee says he’s gonna think on it,” Rocco said, standing. He looked down at Brennan before walking out. “You will give it some thought, right? That’s all I’m asking.”

The house was quiet again, but Brennan was certain nothing could silence the storm in his heart. He ran his finger over the tattoo on his left shoulder through his shirt, as he often did during difficult times. He knew its intricacies by heart—the anniversary of Colin’s death inked in a simple script. He once thought losing his best friend had prepared him for anything life might throw his way, but now he knew better.